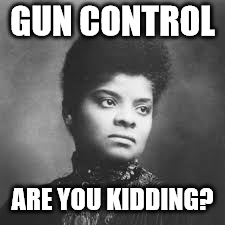 ​Links to Our Latest Articles Previously

Economics for Politicians 101, Lesson 1 - It's Not Your Money

PERMALINK
Foreword
Welcome, dear readers! This series was originally written ten years ago, but the need for politicians to be taught basic economic literacy has not diminished! So, the series will be republished here at Potomac Tea Party, and without further ado...

Why They Died
Memorial Day 2021
PERMALINK
Andrew Yang, who is running for New York City mayor, recently called for noncitizens to be allowed to vote.  Shame on him.  And shame on him for not voting in New York municipal elections despite living in the city for the last 25 years.   U.S. citizenship should mean something.  Yang is a U.S. citizen by virtue of being born in Schenectady.  Yang’s citizenship must not mean very much to him if he can’t be bothered to vote in city elections.

This Memorial Day, it’s worth remembering why our soldiers fought and died for us.  They died for self-rule, for freedom, and for individual rights, including the right to vote.  The least the rest of us could do is show a little appreciation for their sacrifice on our behalf.

Unfortunately, there are too many people in this country who have been snookered by the Left’s false narrative America is the worst country ever.

Black Lives Matter co-founder Patrisse Cullors, a self-admitted trained Marxist, says the U.S. flag is a “symbol of hate” and it is not something she “stands by”.  If the former slave Frederick Douglass could get past his anger for what was done to him, what’s wrong with her?  I mean, this country’s been very good to her.  She owns four mansions and just left the BLM organization to concentrate on her TV and book deals.  A lot of soldiers died to protect her right to do just that.  Does she show any gratitude to the country?  No, she spits on it.  She also says voting is worthless and she intends to force a revolution by non-democratic means.  Ingrate.

A draft of the ethnic studies standards for Portland schools would require kindergartners to learn criticisms of private enterprise, first-graders to learn “systems of power”, and pupils in third grade and up to deconstruct - that is, tear apart - the U.S. Constitution as an instrument of oppression, and as institutionalizing white supremacy and systemic racism.  These kids are being taught to hate their country.  What are the chances, do you think, they will grow up willing to die for it?

Then we have school districts that try to hide this kind of indoctrination from parents, and Maxine Waters who believes police view their jobs as keeping black people in their place.  Presumably, this would include the black police chiefs who have served in many of our major cities.  We also have a UN ambassador who believes America’s Founders were just like the Chinese communists who are committing genocide against the Uighurs.

Finally, there’s some pushback against all this, but the consequences of letting the Left’s poisonous and destructive false narratives on race go unchallenged for decades include unhinged leaders and too many people who think America is a horrible rotten place.

Before you throw in with the ‘hate America first’ crowd, you should consider the fact they have no plan for governance.  They say ‘burn it all down’ but their thinking stops there.  They have no idea what to do next.  The Russian revolutionary Nechayev said ‘burn it all down’ and that’s all he said.  Karl Marx told people not to ask him what happens after the revolution because he didn’t know, it wasn’t his job.  Black Lives Matter has no plan.  And a writer in Jacobin magazine freely confessed that socialists have no idea how to build their utopia.  All these people are completely irresponsible.  Why on earth would you buy a house from people who tell you right upfront they don’t know how to build one?  You can be sure of one thing, though: for every power structure they dismantle, they will build another that will benefit them and their friends richly, and it won’t be the least bit inclusive.

You know, our enemies are laughing at us as they watch us destroy ourselves with phony grievances and the other deliberate mischief of the Left.  You might think about that this Memorial Day, and you might remember John F. Kennedy’s words, “And so, my fellow Americans: ask not what your country can do for you--ask what you can do for your country.”  Those who died on our behalf did exactly that.

Don’t Give Your Money to the Left!
- A Guide to Charitable Giving for the Political Right (a work-in-progress)
April 2021

Potomac Tea Party endeavors to identify the best of these on the national level.  We started with poverty alleviation, animals & wildlife, and disaster relief.

We filtered for:
1. No government funding above 5% of total budget
2. No obvious leftist leanings from a scan of the organization’s website
3. Must earn at least a three star rating (four is highest) from Charity Navigator for financial health and transparency

Our results are set forth below.

NOTE: Although we are listing national organizations, we recommend starting at the state and local levels. During Hurricane Katrina, lots of conservative websites strongly urged donations to local groups rather than the national ones. Many provided links to such organizations. Local groups are less “corporate” (more nimble) and have a better understanding of real needs. Yes, most organizations found at the state and local level are on the Left. (Remember, the Left owns the charitable sector.)  But most of the right-leaning ones are to be found there. Virtually all national groups are on the Left and virtually all those on the Right are at the local/regional levels.

We welcome any feedback you have!  Please send your comments and suggestions to mail@potomacteaparty.com